Here’s How Bub City Celebrates the Best of American BBQ

Let’s stop for a moment and really think about… BBQ. Burning embers, fragrant smoke, saucey hands. Then there’s the meat. Do you envision fatty slices of smoked Texas beef brisket? Fall-off-the-bone baby back ribs popular in the Midwest or the zippy pulled pork of the Carolinas? Whatever it is, BBQ is as much an experience as it is a process, and these dishes are all part of America’s regional BBQ culture. 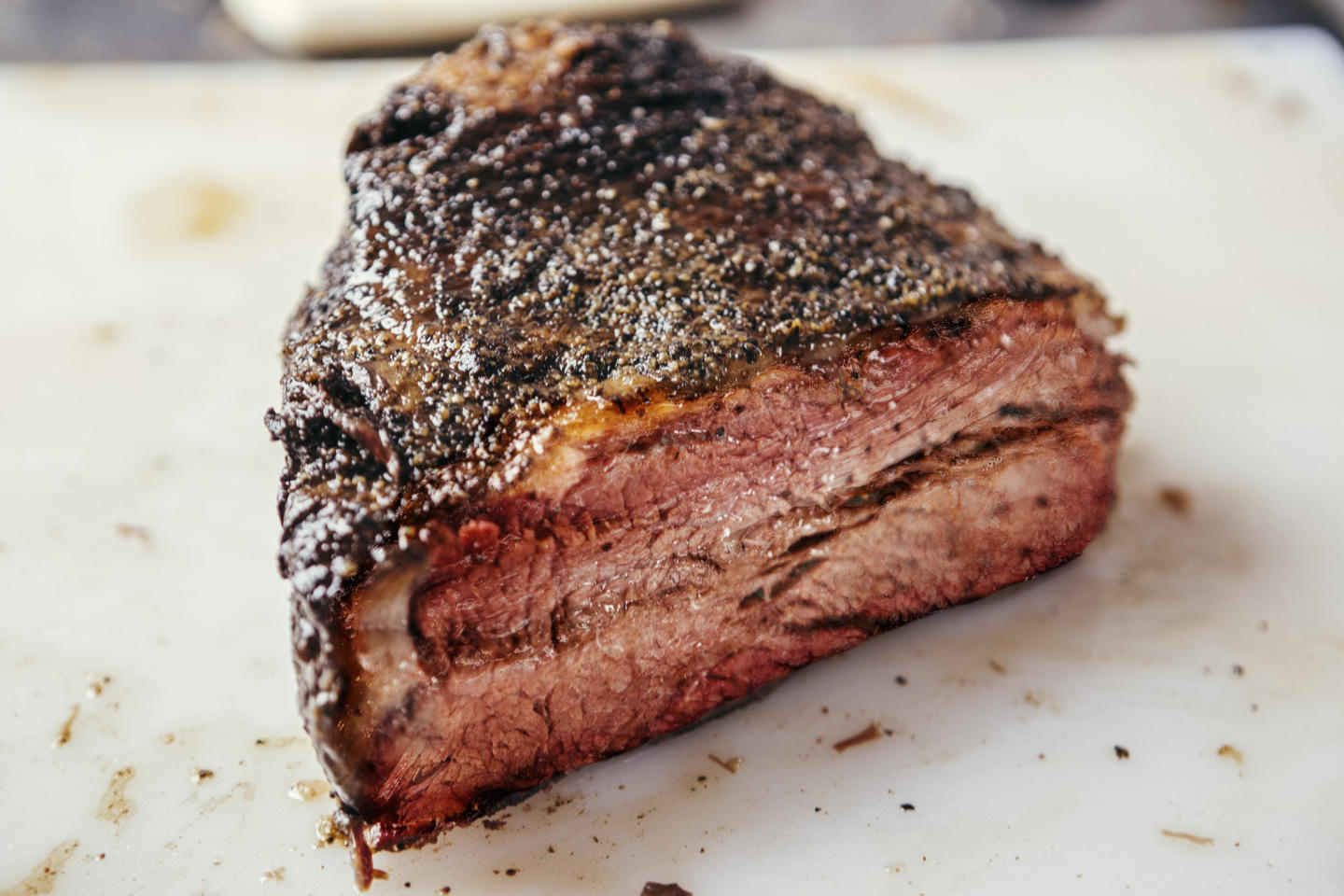 American BBQ is a craft that has evolved over generations and has migrated across state lines – from the Deep South over to Texas and up through the Midwest – as one of America’s most recognizable food styles. To better understand the role of Bub City in American BBQ culture, first we must take a look at its technique and its deep-rooted history.

The Technique
People often interchange the words “grill” and “barbecue”, but they are not one in the same. Grilling is cooking meat quickly over a direct heat source – charcoal, gas or propane – while barbecuing cooks it “low and slow” using low, indirect heat over an extended period of time. Depending on the region, anything from a re-purposed steel barrel to a state-of-the-art professional smoker is fair game for BBQ. 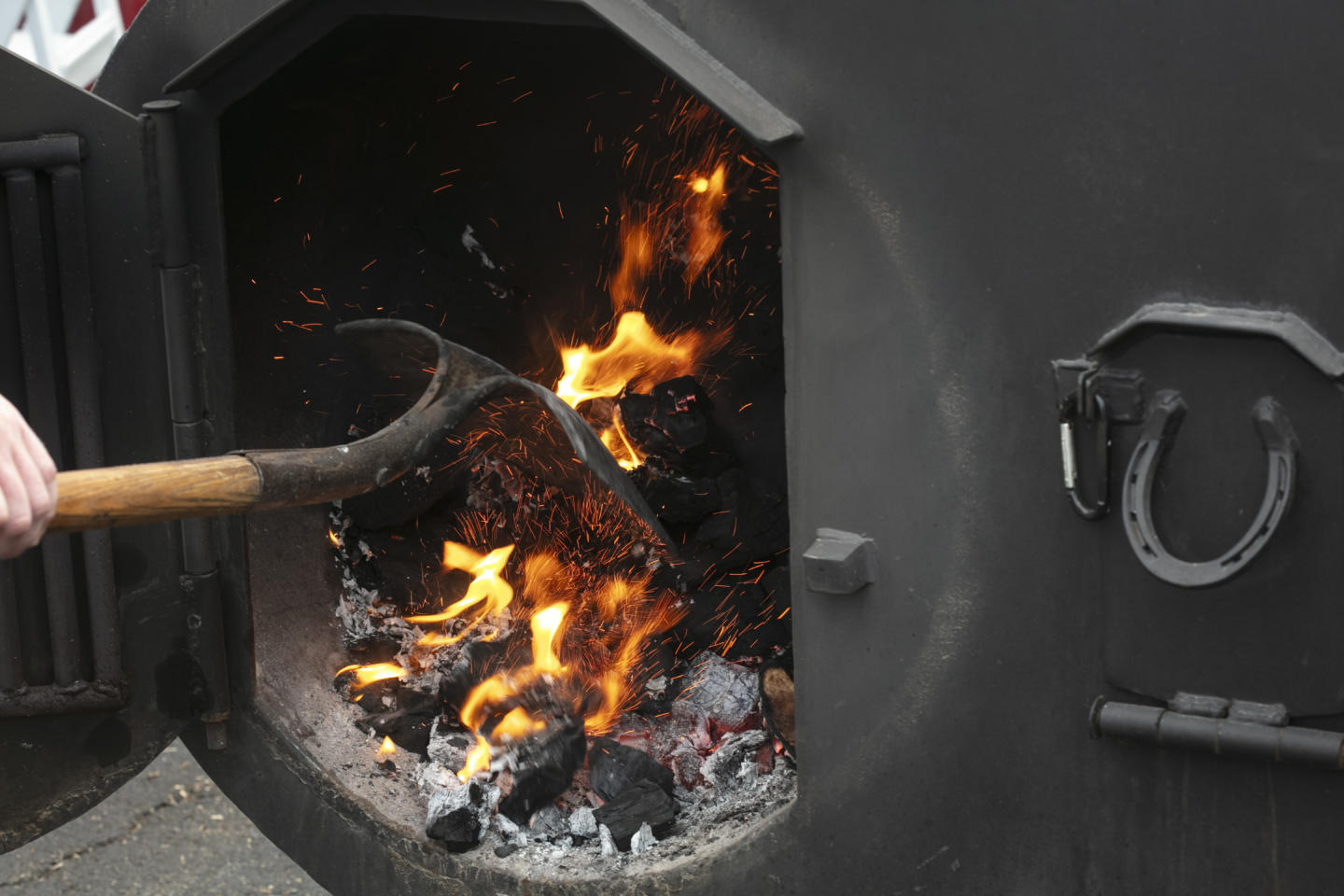 History, Part 1: The South
BBQ got its humble beginnings in the Postbellum South where pork was plentiful. Wild hogs roamed the Back Country and were also raised on farms because they needed little space. During times of celebration, communities would gather for a “pig pickin” – a tradition still practiced today in the Carolinas and New Orleans – where the whole animal is cooked overnight over slowly burning coals in a large outdoor oven built of steel and cinder block. Throughout the night, the hog is tended to by the pitmaster who “mops” (bastes) the meat with a vinegar au jus. As the it cooks, juices fall onto the coals to create flares that result in that signature smoke. 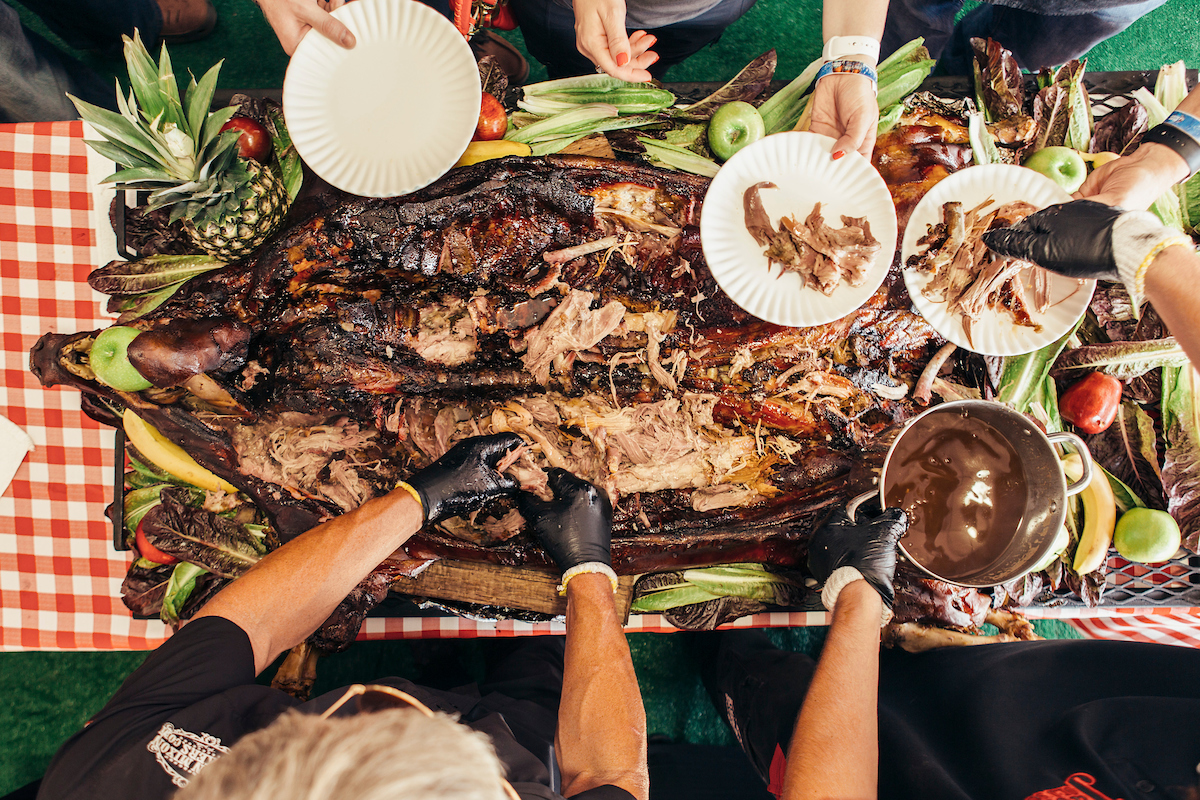 History, Part 2: The Sauce
While the tradition of the pig pickin’ is still largely practiced today, BBQ’s most notable changes over the years has been the development of regional barbecue sauces. In the Carolinas, slow-cooked pork is dressed with a vinegar-based sauce that has a touch of heat and a slight sour bite which brings out the sweetness of the meat and rounds out the smoke. In parts of South Carolina, it’s a mustard- and vinegar-based sauce brought over by German immigrants. Venture into North Carolina, Tennessee and Kentucky, and BBQ sauce becomes thick and sweet thanks to a tomato base. (The exception is Memphis-style ribs, which can be prepared “wet or dry,” with either a tomato-based sauce or a dry heavy spice rub.)

Further north in Chicago are the famous, fall-off-the-bone baby back ribs – Chicago’s response to BBQ which was influenced by the local stockyards. These Chicago-style ribs are traditionally prepared by baking or simmering the ribs and finishing them with a tomato-based sauce. 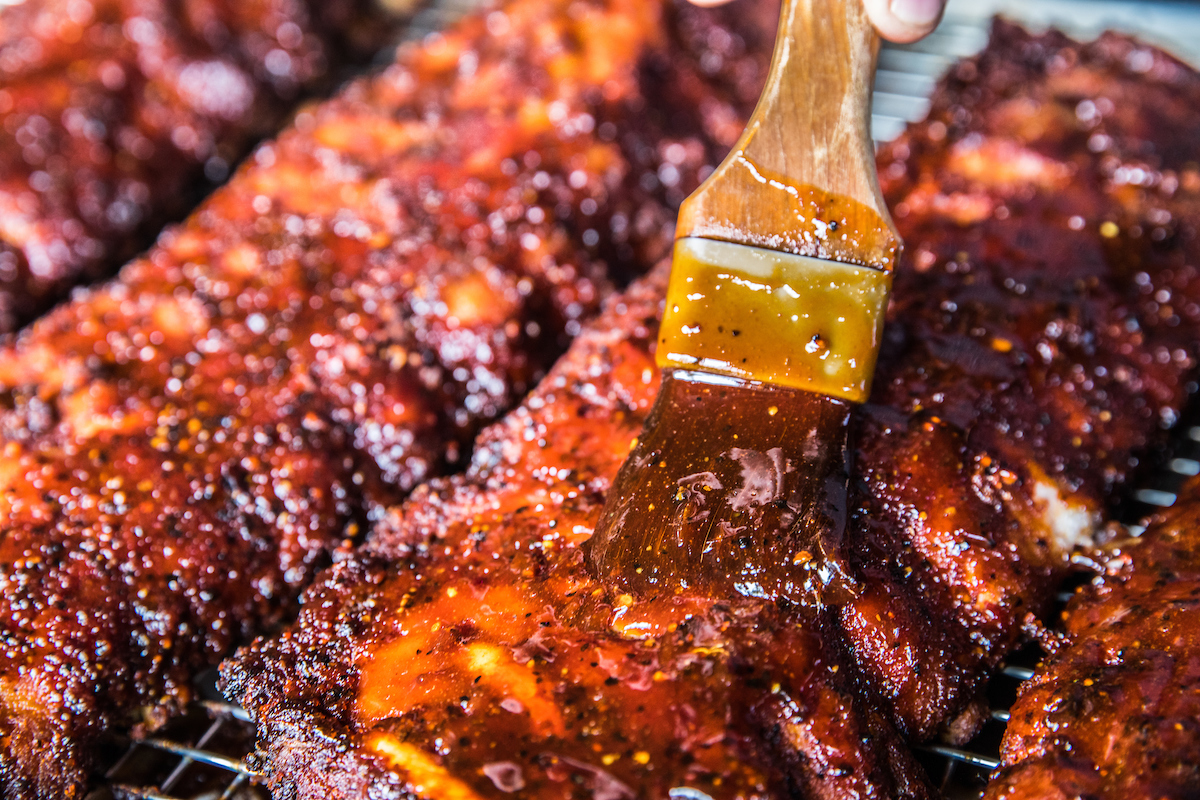 History, Part 3: Texas
Move over pork. Beef reigns king in Texas! With wide open ranges and pastures, it was possible to raise and graze beef. The love of barbecue penetrated Texas and the Western Territories. As people from the South sought work out West, the practices of cheap cuts of beef and BBQ married perfectly. While there are variations of Lone Star BBQ, the most famous is the Central Texas-style barbecued beef brisket. Seasoned only with salt and pepper and slow-smoked with oak, hickory or pecan, this meat is sliced to order and served with white bread and pickles. Other notable Texas barbecue is slow-cooked beef short ribs, and in the far west of Texas, the “cowboy-style” goat and mutton BBQ. 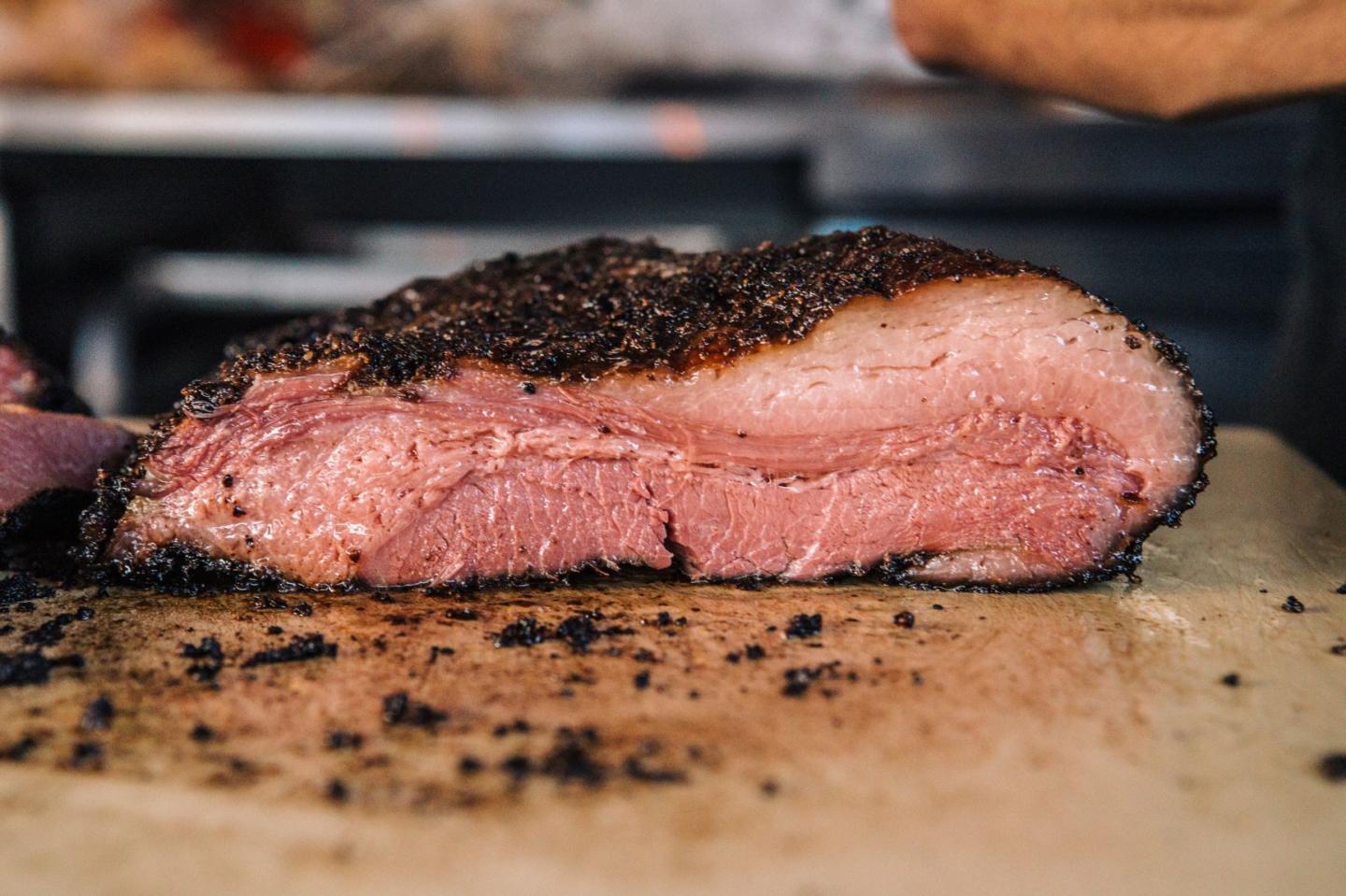 Today: A Celebration of Regional ‘Cue
The team at Bub City has researched and perfected recipes and methods to bring the best of regional BBQ together under one roof.