The festival, which will run July 14-16, is located in a massive parking lot off of Grand Avenue near the Chicago River. 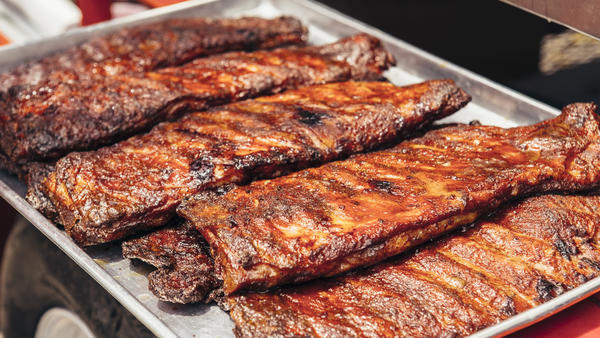 On hand to feed the expected 45,000 guests? A few acclaimed local barbecue joints, including Lillie’s Q, Smoque and Bub City, have signed up. But the real draw is the barbecue you can’t normally get here: A collection of respected restaurants from all over the country will have booths selling ribs, pulled pork and much more.

That includes 17th Street BBQ from Murphysboro, Ill., The Salt Lick BBQ from Driftwood, Texas, and Skylight Inn from Nashville, Tenn. New to the festival are Fox Bros Bar-B-Q from Atlanta, Ga. and Little Miss BBQ from Phoenix, Ariz.

Events scattered throughout the weekend include an all-night class from Myron Mixon Cooking School, where you can “learn how to become a true pitmaster” for $400. You can also attend a pork, whiskey and Champagne brunch for $60. Check out the full list of special events here.

All tickets include performances by dozens of country music artists, including Jake Owen, Kip Moore and Lee Brice. Click here for the rundown of all the musical acts.

Below is the full list of barbecue restaurants attending Windy City Smokeout: