The Ultimate Guide to Aphrodisiacs in Chicago

With Valentine’s Day around the corner, it’s a tempting time to partake in aphrodisiacs, those romance-inducing ingredients found everywhere from oyster bars to bakery shelves. Here’s a handy guide to these coveted delicacies in Chicago, for purists and modernists alike. 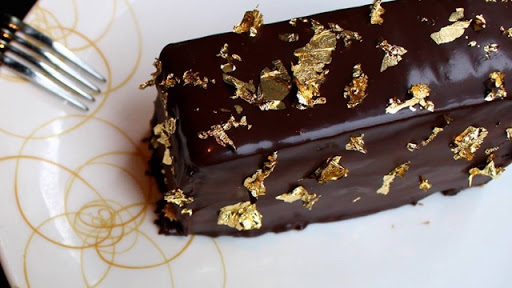 Chocolate
For the purist: The most time-honored confection calls for a classic bakery. Chocoholics should probably add Bake to their speed dial in that case, because Bucktown’s utmost destination for sweet Americana does chocolate desserts like no other. If you’re lucky, the bakery will have slices of fudgy chocolate cake for an indulgent afternoon snack. Otherwise you can rest assured the jaw-dropping pastry cases will be stocked with other staples like chocolate cupcakes, brownies and chocolate chip cookies.
For the modernist: If your sweet tooth skews contemporary, look no further than the dessert menu at RPM Steak, whose 14K chocolate cake is far from average. Indeed, it’s as rich as the title suggests, a dense, delicious cake made with both milk and dark chocolate — plus a smattering of edible gold flakes that’s the figurative icing on the cake in this case. Along with actual chocolate icing. 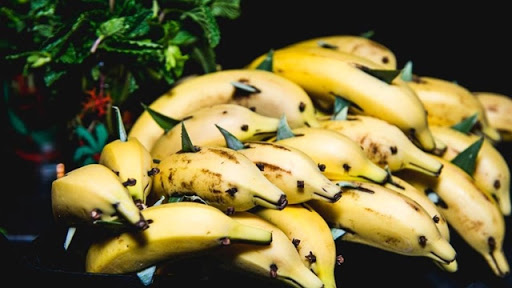 Bananas
For the purist: Traditional banana desserts come in a variety of forms, from banana bread to bananas Foster. But perhaps nothing taps into that iconic American nostalgia quite like banana pudding, something that Sweet Mandy B’s excels at. The adorable Lincoln Park bakery is one of the few places in town for banana pudding parfaits, great for both dine in or to go. True to classic form, it’s a simple and satisfying striation of vanilla pudding, banana slices and wafer cookies that soften in the pudding and make for a cakelike texture.
For the modernist: Bananas aren’t all that uncommon in cocktails, particularly in smoothielike tipples, but what’s not typical at all is a banana-based cocktail adorned with a dolphin-shaped banana garnish. One of the most famed drinks at Three Dots and a Dash, the banana daiquiri is far quirkier (and cuter) than the name suggests. It’s made with rum, lime, coconut and banana, all blended together into a creamy, dangerously drinkable concoction. The crown jewel is the banana garnish, wherein half a fruit is sliced and pierced with cloves and pineapple leaves to resemble a dolphin leaping out of the cup. 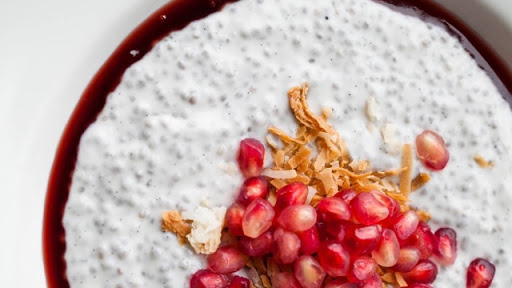 Pomegranate
For the purist: Luscious, eye-catching and ripe with antioxidants, pomegranate really shines through in the Persian dish fesenjan. The preparation refers to a walnut-pomegranate sauce, a complex paste of nutty and tart flavors commonly used to accompany chicken and lamb in Persian kitchens. For a taste of tradition, head to Pars Cove in Lincoln Park. The family-run institution is particularly known for its chicken fesenjan, a stewlike medley of chicken breast simmered in the fruit-laced sauce.
For the modernist: Pomegranate takes the dessert spotlight at Beatrix, where the crunchy seeds add a pop of color and bite to chia pudding. It makes for a pretty stunning finale to any meal here, with the chia seeds lending a tapiocalike creaminess, awhirl with coconut milk and a sprinkling of pomegranate.