The 10 Essential Spanish Restaurants in Chicago

Where to find terrific tapas, pintxos, sangria, and much more

Between siestas, sangria, and 10 p.m. dinners, there’s a lot to love about Spanish culture. And then, of course, there are the tapas — the small plates that are easy to share, brimming with bold flavors, and just exotic enough to please even the largest of crowds.

Thankfully, Chicago is home to a slew of spots specializing in just that, with styles ranging from the traditional (pan con tomate, patatas bravas) to the modern day (brandade tortillas, foie gras a la plancha). From pintxos and paella pioneer in Lincoln Park to a wine-centric newcomer in River North, here are 10 of Chicago’s best spots for Spanish cuisine now.

This lively Lincoln Park restaurant has been gathering groups for more than 30 years for a variety of Spanish share plates. Kick things off with a sampling of the pintxos (namely the chorizo-wrapped dates and bacalao croquettes), and do try the paella — the mariscos version packs in a medley of saffron-laced seafood, including shrimp, squid, and mussels. If there’s a wait, head to the bar for some sangria — staff serves six kinds here.

Wine is the focus of this recently opened River North spot, which showcases more than 100 bottles alongside porrons of Txokolinas (making for the best kind of party trick). Still, food is close to follow — a menu from chefs Hisanobu Osaka and Doug Psaltis showcases a collection of modern day tapas, including potato croquetas with truffle aioli and pork belly with saffron and Marcona almonds. 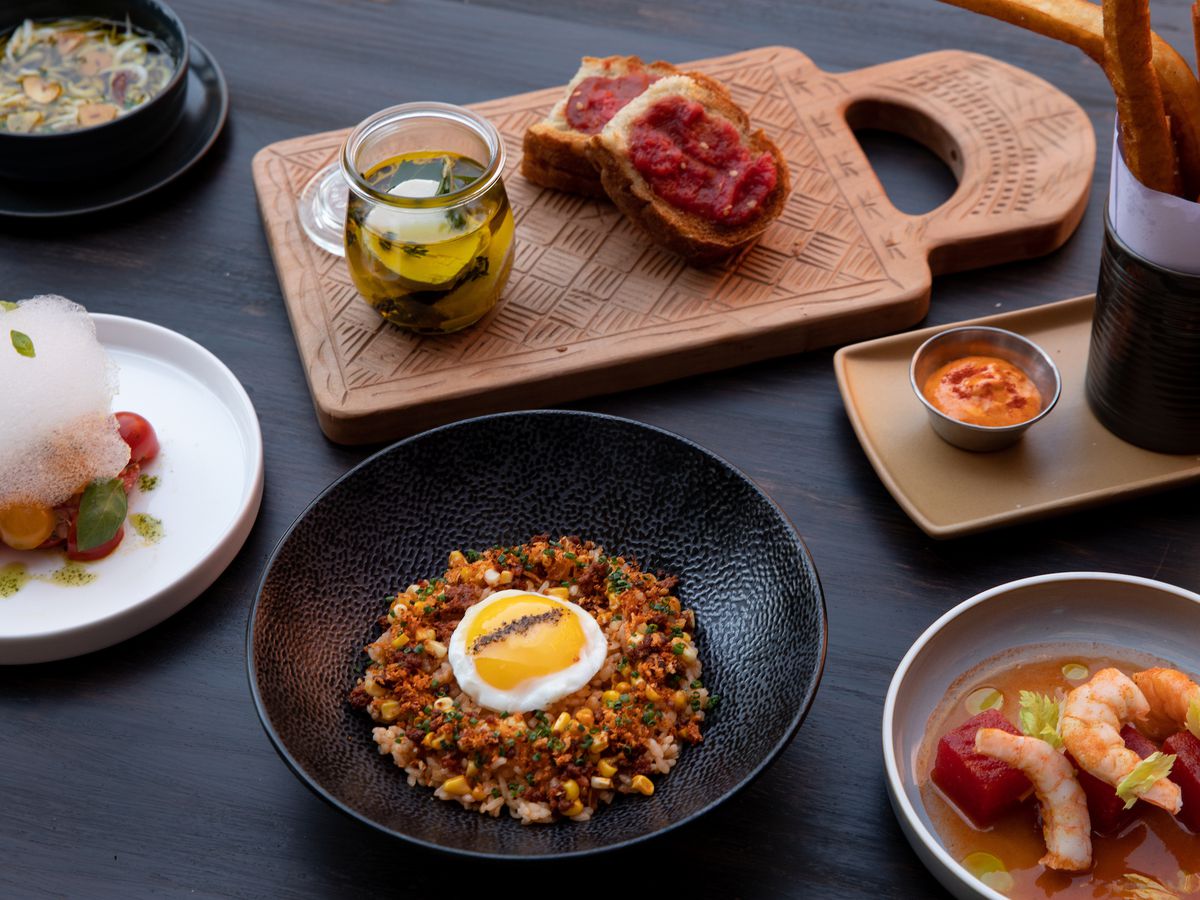