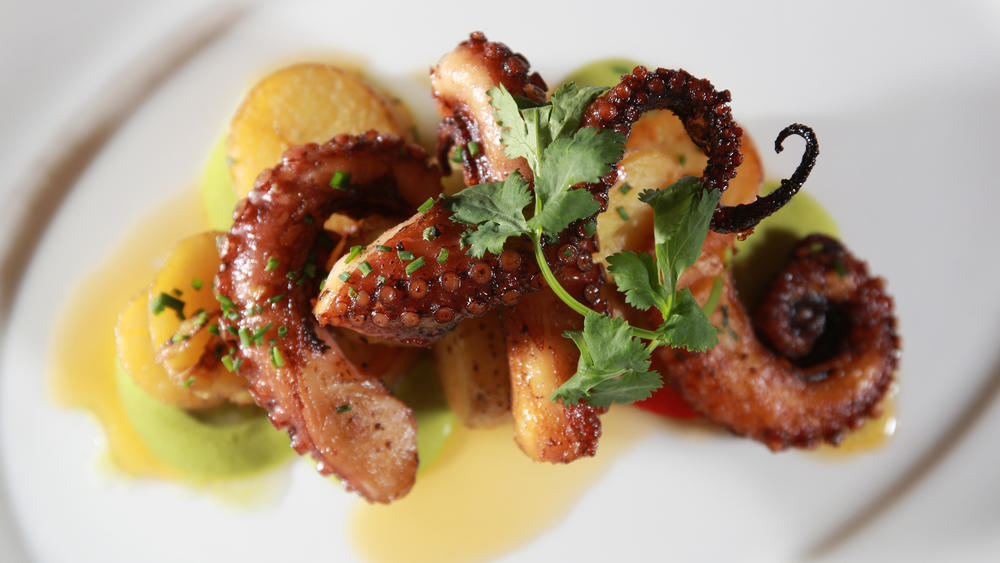 It doesn’t take much for a steakhouse to make me happy; properly cooked prime and better-than-average wine will do the trick. But great steakhouses are rare. RPM Steak, which is all of 3 months old, is a great steakhouse. 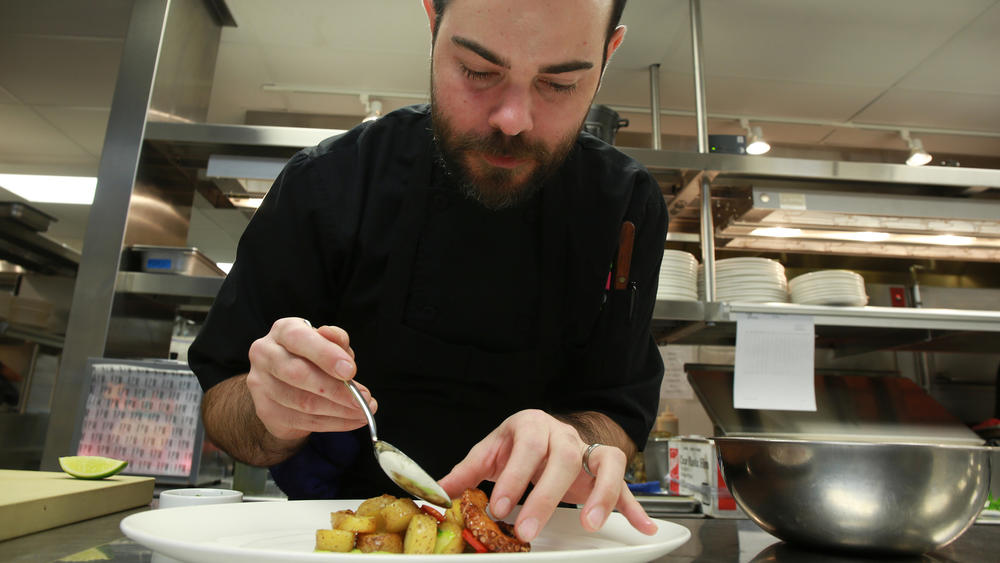 Start at the bar, which overlooks the sunken dining room and makes excellent classic cocktails, among them an excellent Old Fashioned and a crystal-clear Tuxedo sporting a lemon peel bow tie. Then, assuming you sit downstairs (the high-top tables at the bar are ideal people-watching perches), it’s time to consider your steak selection. Most steakhouses offer a choice of cuts and sizes, but RPM’s options are so wide-ranging as to be almost disorienting. There are dry-aged prime steaks, grass-fed steaks, filets (one of them bison) and a couple of signature cuts, along with a massive American wagyu rib-eye and A5 wagyu from Japan. So-called lesser cuts include prime skirt steak and superb short ribs, the latter served with black-truffle cream and celery root puree.

I had several steaks, and as much as the prime Kansas City steak impressed me ($74, but a 24-ounce monster), I’d go back for the uncommonly good flavor of the grass-fed, bone-in rib-eye (a 20-ouncer at $55) and The Duke, which is a filet cut from the heart of the rib-eye (10 ounces, $52). Every steak boasted fine exterior char, rich beefy flavor and perfect-temperature (as ordered) interiors, and they’re accompanied by a piquant cherry pepper or two, whose peppery acidity balances the meat’s richness.

Psaltis treats his non-steak entrees with respect as well; the coal-roasted chicken has garlicky flavor and lacquered skin that’s almost brittle in its crispness, and it’s a relative bargain at $27. A half-dozen seafood selections were augmented one night by Dover sole, in classic sauce meuniere, and I’d certainly opt for that indulgence again. The current indulgence from the kitchen, now that white truffles are in season, is creamy risotto, topped tableside with enough freshly shaved white truffle to make the $47 price tag acceptable; the dish is nominally an entree, but probably works best as a shared side. And speaking of shareable sides, the vegetable offerings include a Millionaire’s Potato, a double-baked, huge potato loaded with fontina cheese and shaved black truffle.

I’d recommend starting the meal with something light, such as barely seared big eye tuna in a black-garlic vinaigrette and crispy shallots, or charcoal-oven octopus with warm potatoes and jalapeno crema. Salads include a well-executed Caesar salad and a terrific chopped-kale salad with shiitakes, bacon and lemon vinaigrette, with a blanket of microplaned Parmesan on top. (I keep telling myself it’s good for me.) 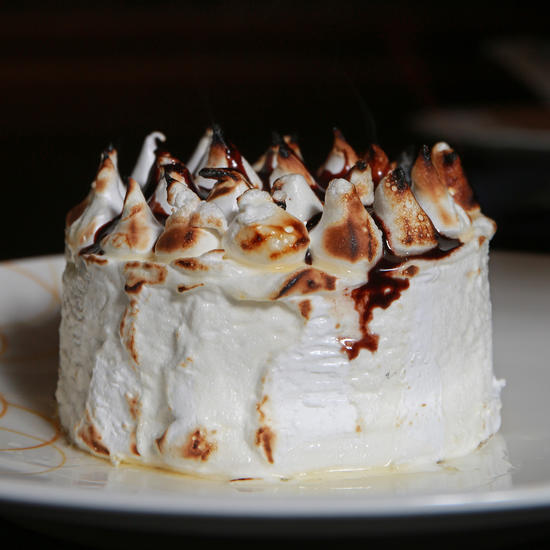 There are some nice throwback desserts, including Baked Alaska, made with vanilla and salted-caramel ice creams inside a soft-meringue coating (flamed tableside, of course) and several dessert souffles, among them a seasonal pumpkin souffle with brown-butter pecan ice cream. The bling-y 24K cake, a rich and gooey triple-chocolate layer cake whose chocolate-glace exterior is studded with edible gold flake, seems strangely appropriate here.

Service is extremely good, particularly wine service, under the direction of sommelier Richard Hanauer, who formerly directed the wine program at L2O. Hanauer once poured me a glass of Pabst Blue Ribbon to match a particularly whimsical L2O dish, so the guy has a sense of humor. And while there is no shortage of impressive wines on Hanauer’s list, he seems particularly proud of his gems on the lower end of the price spectrum.

I’ll ding the service only on the doggy-bag front; one night, my companion’s wrapped leftovers very nearly went missing until we asked a server to hunt them up, and on a different night, my unfinished steak and side dish went away, never to return. Given the size of the entrees, doggy bags are an inevitability, so a better system would be helpful. Somebody owes me half a steak.