Lettuce Entertain You cares greatly about the health and safety of its employees and guests. In the last few weeks, we have closely monitored developments in the current COVID-19 outbreak and have initiated enhanced protocols to reduce opportunities for the spread of this virus in all of our restaurants and offices. Our actions are focused on guidance from the CDC along with state and local resources, and we continue to rely on their leadership. We are now facing a situation in which our actions can make a difference, not only to the health and safety of our employees and guests but also to our communities.

The Holiday Bonus cards expired as of April 15, and they can no longer be used for carryout at open restaurants during this time. However, upon the reopening of our restaurants for full-service dining, the cards will be eligible for an additional 30 days of redemption. At that time, you will have four weeks to use the cards for dine in or carryout. As soon as we get clarity on when we can reopen, we will send a communication with the 30 day extension dates for each market. Also, please keep in mind that the Holiday Bonus cards can be used any year between January 2 - April 15. If you are still unable to use the cards during the 30 day extension, please hang onto them and you can use them again next year, January 2 - April 15, 2021. Thank you for your support and we look forward to seeing you all soon.

We hope that this extension gives you more time to use your cards for carryout and dining in once we re-open. We will continue to closely monitor the situation and send a communication when we have confirmed the new dates. Thank you for your support and we look forward to seeing you soon.

Many of you have asked how you can support our teams, we have set up a site to collect funds that will benefit our hardworking staff Employee Relief Fund

Based on direction from governmental agencies and as part of our ongoing effort to slow the community transmission of COVID-19, LEYE will temporarily close additional locations. Effective Tuesday, March 17, 2020, all Lettuce locations will close to dine-in guests until we are permitted to re-open by the applicable government authority.

Our locations are open to provide delivery and carryout options. Please note: Gift cards are not valid on delivery orders. Please call the restaurant directly to use your gift card for curbside pickup

We will reevaluate our options going forward based upon guidance and direction from health and government officials. In the meantime, we strongly encourage everyone to protect themselves and others by continuing to follow CDC guidelines (including social distancing, frequent handwashing, covering coughs and sneezes with a tissue, and staying home if ill) to combat community transmission.

If you have any questions, comments, or concerns, please feel free to contact us.

Julian Cox on Tiki, Chicago and the Art of Negronis

One of the country’s leading mixologists moves in

When Julian Cox decamped Los Angeles for a role with Lettuce Entertain You in Chicago, it was a huge catch for the restaurant group — and a major boon for the city’s already top-tier bar scene. Initially, the renowned mixologist — easily one of LA’s most esteemed — signed on to pilot the beverage program at recent Italian effort, il Porcellino (which we wrote about here). Not surprisingly, Cox has even bigger ambitions within the company, as he since signed on to head Lettuce’s feverishly popular tiki bar Three Dots and a Dash and act as the company’s beverage director. Now that Cox has overhauled the Three Dots menu, the famed bar boasts a vintage, “travel guide”-inspired menu with reinvented classics highlighting seasonal, fresh ingredients. With more than a dozen new drinks, Cox’s creations include a passion fruit-filled punch bowl, a coconut-centric Painkiller and a Polynesian Pearl Diver with scotch, lime, tangerine, allspice, angostura and butter syrup. We chatted with Cox about all things boozy and Chicago. 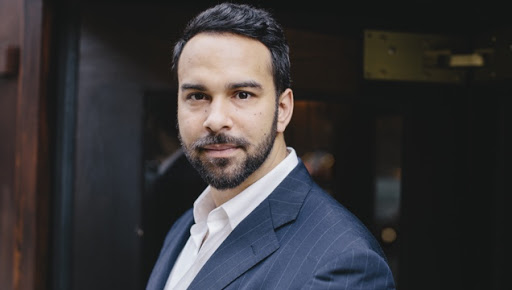 JC: I love it. It’s been incredible. A lot of people say the weather must be so different. But it’s amazing. We went through some pretty big droughts in LA, so, when it rains there you’re thankful for it. When it rains or snows here, it’s different; kind of a primal thing to have, but it’s nice to know water is available. Chicago itself is amazing, the people here are incredible.

Zagat: How would you describe Chicago’s cocktail/bar scene?

JC: I think I’ve come at a really amazing time – there’s a lot of diversity here. It’s just incredible to see how the community supports each other. Especially with things happening like Lost Lake… to see people working at each others’ bars to raise money. People take care of each other.

I still need to go out and experience more. I’ve been focused on work, and there’s still a lot I’m getting to know. I have no sense of direction or where I am. But from what I’ve seen, Chicago is an incredible place with great techniques. It’s just wonderful to see that. Here, it seems like it just comes second nature as part of the local culture. 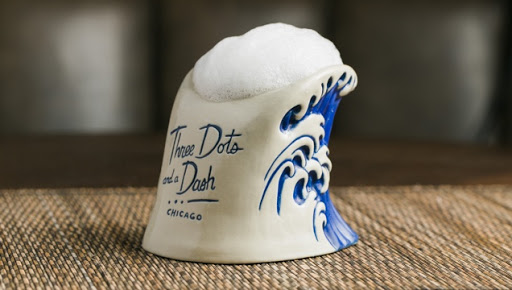 Zagat: How have things been going with Three Dots and a Dash?

JC: We’re working with a lot of local people to source the best, like cinnamon and coffee. Rare Tea Cellar is really supportive of bringing us things. I’m really trying to focus on seasonal, local produce. There’s more you can do with rum and the tiki movement than a Mai Tai, for example. We want to do those classics at the best possible level we can, but I want people to taste new flavor combinations and think outside the rum. Three Dots will continue to be what it always has been; a big party, a lot of fun, beautiful drinks, great service.

Zagat: What about il Porcellino?

JC: It’s been really good. I got to see what the place looked like before as Paris Club Bistro & Bar in the past six months or so before I came out here. To see the transformation is pretty wonderful. The guests seem to really be enjoying it. It’s very simple and pared down. Nothing crazy or fancy, really staying close to the classics.

One of the things that I’ve really tried to do over the years is bring pop culture or some kind of humor to my menus. When I started in this business, everybody was very serious about their craft, and in LA I think we had to be serious. I think it was one of the first markets to kind of have fun with it, though. We started making the menus fun to read. Bars all over the country started to embrace the concept. Humor is a good way to do that. The Negroni at il Porcellino was kind of fun because we thought about having people pick and choose, like multiple choice: A, B, C or D. We’ve got three varieties, the fourth one is the D and it’s none of the above. The three change all the time, but we have a Fernet Negroni and we’ve got a Jamaican rum Negroni, plus a couple different amaro Negronis. 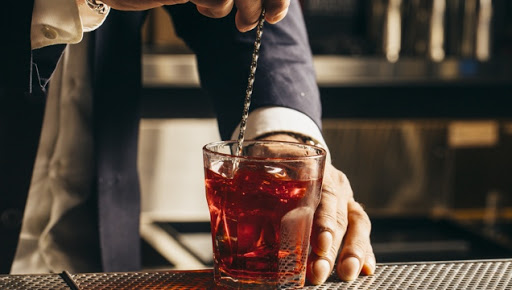 Zagat: What is it like overseeing multiple bar concepts?

JC: It’s been really great. I had the ability to work with a restaurant group in LA that started with one and grew to about 20, and just in the last year I was there we opened up eight concepts. It was very intense, and the ability to deal with constantly re-inventing yourself and making things new and innovative, it was a lot. This transition for me has been challenging in a lot of ways and rewarding in numerous ways, but I think in terms of the idea of working on a couple different concepts at once, I feel totally at home. I read books that pertain to Italian culture, so, I kind of take a lot from what the chef is doing. Doug Psaltis is a dear friend of mine, and I’ll ask him what he’s doing with techniques and what books he’s reading for inspiration, and I’ll also spend time going out. I went to Monteverde to taste their Italian food; I went to The Publican. Seeing this amazing work, I lean on that for inspiration.