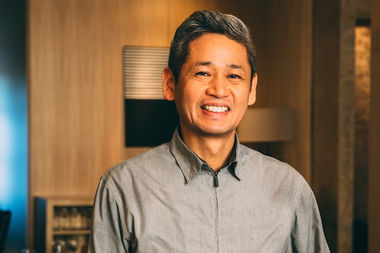 Osaka, who has worked under “Iron Chef” Masaharu Morimoto, has previously worked with Gillanders on menu development at the Lettuce Entertain Your outlets Intro, Naoki Sushi and Wow Bao, but he’ll be running the show at Intro for the next few months into February.

Osaka is known for mixing Asian ingredients with Italian dishes, as in his uni carbonara, which subs in sea urchin with the traditional pasta dish.

The menu starting Wednesday is expected to include endamame olives and tuna pizza, made with tuna sashimi, as appetizers and, in addition to uni carbonara, a braised lamb shank made with creamy polenta and sansho hot sauce as main courses. Zuzu doughnuts are a dessert, and the cocktail menu will span Italy and Japan as well, as with odori, made with Nokka Japanese whisky, Campari and Carpano Antica.

The previous rotating chef to run Intro was Jonah Reider, known as the “dorm-room chef” for starting the New York City restaurant Pith out of his Columbia University dormitory.