The restaurant, on the ground floor of a building shared with Northwestern Memorial Hospital’s Arkes Pavilion, offers eaters a selection of menu standbys from the previous locations as well as some new dishes. Additions include an intriguing miso matzo ball ramen — a mashup of Japanese fish ball soup and Jewish matzo ball soup — as well as lobster dumplings and karaage chicken nuggets. Drinks include Asahi on tap, cocktails, and Japanese whiskeys. 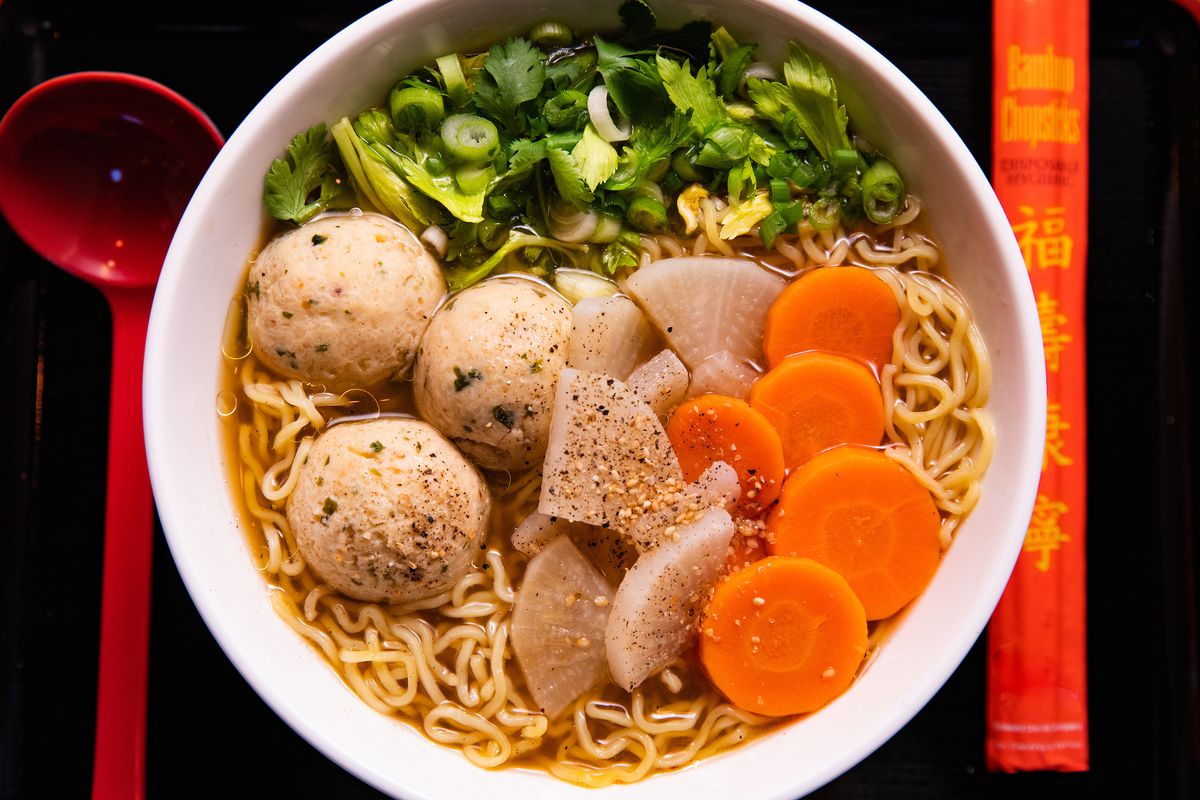 The space is similar to the other locations, made up of minimalist wood lining the walls, bar, and stool-affixed tables. Windows make up the majority of two sides of the space, which should provide decent light and street views. ‘90s hip hop is again the musical soundtrack.

Lettuce Entertain You joined the wave of ramen restaurants by opening the first location in River North in spring 2014. Chicago’s largest restaurant group doubled down on ramen by opening a Fulton Market/West Loop spot this past spring. Today marks the triple down, which joins a neighborhood that’s saturated with more condos and hospitals than quality restaurants. Take a look around the space below.