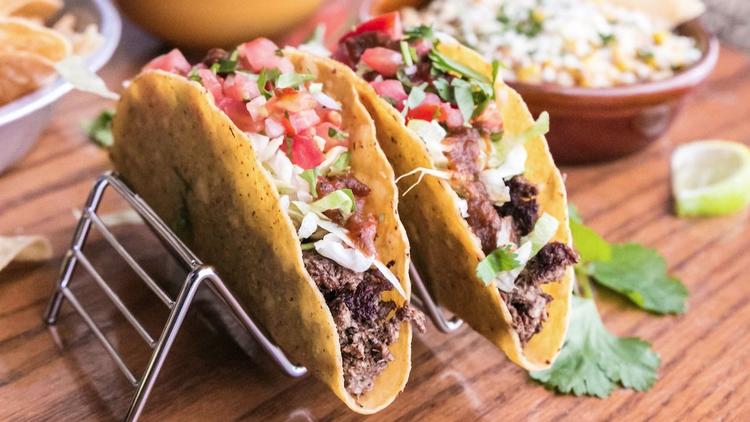 Meat-averse Chicago diners have been chowing down on the Impossible Burgersince its arrival to the city last fall. The meatless patty is composed of plant-based items including wheat and potato protein, and it does a rather stunning job of imitating an actual meaty burger.

Now, the second generation of “Impossible” food items has arrived to Chicago: Tallboy Taco has officially partnered with Impossible Foods to create the Impossible Taco.

The Southwest Impossible Taco comes served in a house-made hard shell and is topped with shredded lettuce, pico de gallo and salsa arbol. The taco is completely vegan, even if it doesn’t taste like it, and it’s only available at Tallboy for a limited time. The cost is $12 for a pair of Impossible Tacos. According to a press release, the tacos are one of the first non-burger uses of the Impossible Meat product in Chicago.

So, vegans, vegetarians and taco lovers, here’s your chance to check out an alternative taco and see if it lives up to the “Impossible” hype.