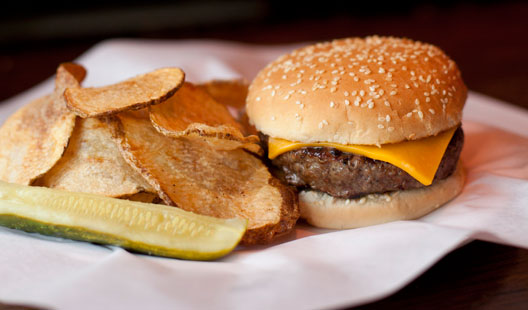 We’ve already heard from a few others about their favorite burgers in the city and now we turn to one of Chicago’s most-respected restaurateurs, Lettuce Entertain You’s Rich Melman. In his own words, Melman talks about why the medium-rare cheddar burger at R.J. Grunts is not only his favorite, but that he credits it for his success over the last 40 years.

It’s going back to 1970 and we’re planning [Grunts]. I only wanted to do food I knew how to cook. I didn’t have a chef. The original Grunt’s menu was very small. I spent months and months perfecting what I thought was the perfect burger. It started out with me finding out the right mix of meat. Different meat works on different types of cooking surfaces. I tried five or six different grills or broilers. I found this one broiler, which was the most amazing one I ever had. It finally broke down about three or four years ago—and we’re going on 40 years in business. It broke my heart and I wouldn’t let them throw it out. I have it in a storage space. I tried to buy the same broiler and they were out of business.

I always thought that [the broiler] was so old that it didn’t cook as fast, which I thought was one of the real keys to making this burger work. It wasn’t just the beef we picked. We found the right bun. And then it was the mustard. I went crazy trying different mustards. We found this Dusseldorf mustard that we’ve put on the tables now for almost 40 years. We got this aged cheddar that I thought would be perfect for it. If you get it well done it’s not the same.Fifty percent of our sales were from our hamburgers and we just had a hamburger with cheese back in those days. To this day, that represents why I felt I was successful. From an emotional standpoint it’s my favorite and I still love it. If [Grunt’s] didn’t work, I don’t think I would be in the restaurant business. I put every penny I had into it. The truth is that it didn’t work for about two-and-a-half months and one day it just took off.