The tart citrus shows up on menus in surprising ways

Grapefruit may be considered a winter citrus, but that hasn’t stopped chefs from featuring it as a unique year-round restaurant offering. Most who experience the thick-skinned citrus do so as an at-home breakfast item, with two halves, a spoon, and some sprinkled sugar to contrast its trademark tang. Now, the classic halved grapefruit is being transformed by chefs in surprising ways as a standout offering. Here, three chefs share their culinary takes on grapefruit. 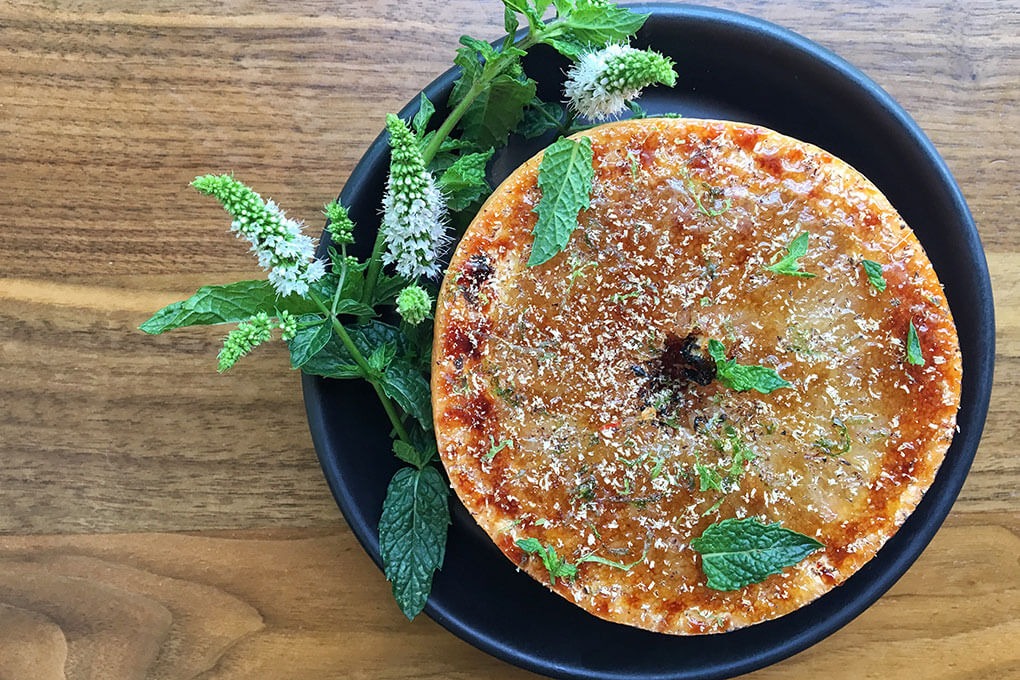 For the Grapefruit Brûlée on the brunch menu at Ēma in Chicago, Chef C.J. Jacobson pan-fries the grapefruit half, then coats with sugar, mint, lime, cinnamon, allspice.

For another take on brûléed grapefruit, C.J. Jacobson, chef/partner at Ēma in Chicago, starts by cutting the ends of the fruit so that the halves do not roll around on the plate and sectioning it to ensure that all sections will easily release. Jacobson covers the grapefruit edge to edge with turbinado sugar, then caramelizes with a blowtorch until it’s left with a glassy texture. The plated grapefruit is garnished with mint, grated Ceylon cinnamon and sprinkles of allspice and sea salt. “Finally, I hit it with a little lime zest,” he adds.

Being able to source quality citrus allows Jacobson to serve grapefruit year-round. When asked what inspired the creation of this dish, Jacobson tells a story of the special place grapefruit has in his heart. “Before I even wanted to be a chef, I ate at the Slanted Door in San Francisco. I had a lemongrass grapefruit salad that blew my mind,” he says. “Since then, I’ve made deep explorations into the world of grapefruit.” Jacobson highly recommends one of his favorite combinations—grapefruit and sage—for a memorable flavor experience.