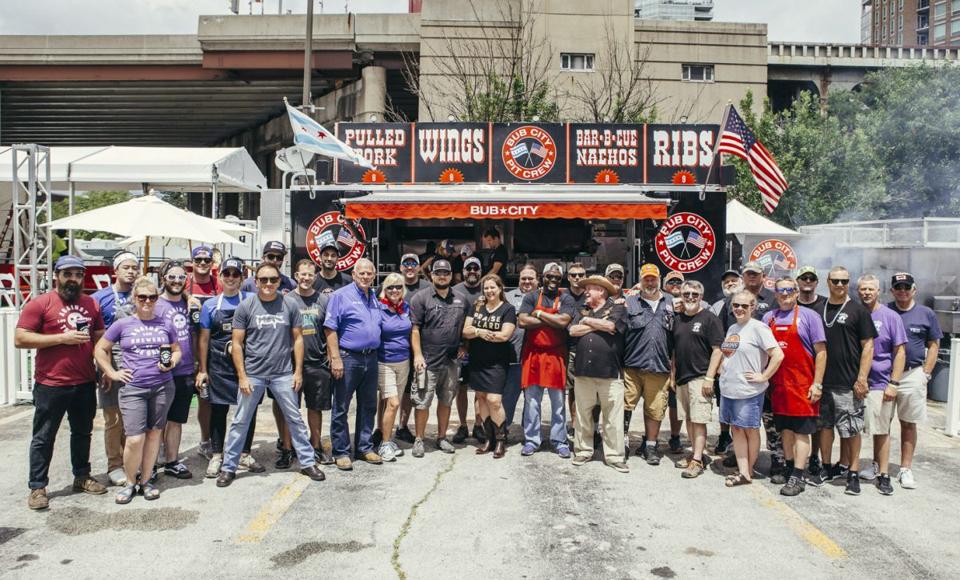 A couple weekends ago (July 14 through 16, to be exact), over 40,000 people descended upon the annual Windy City Smokeout in Chicago for three packed days of food and fun (in the sun, no less). Since its beginnings in 2013, the festival has grown tremendously, in terms of bringing together some of the best pitmasters, breweries, and country music acts from all over the country. 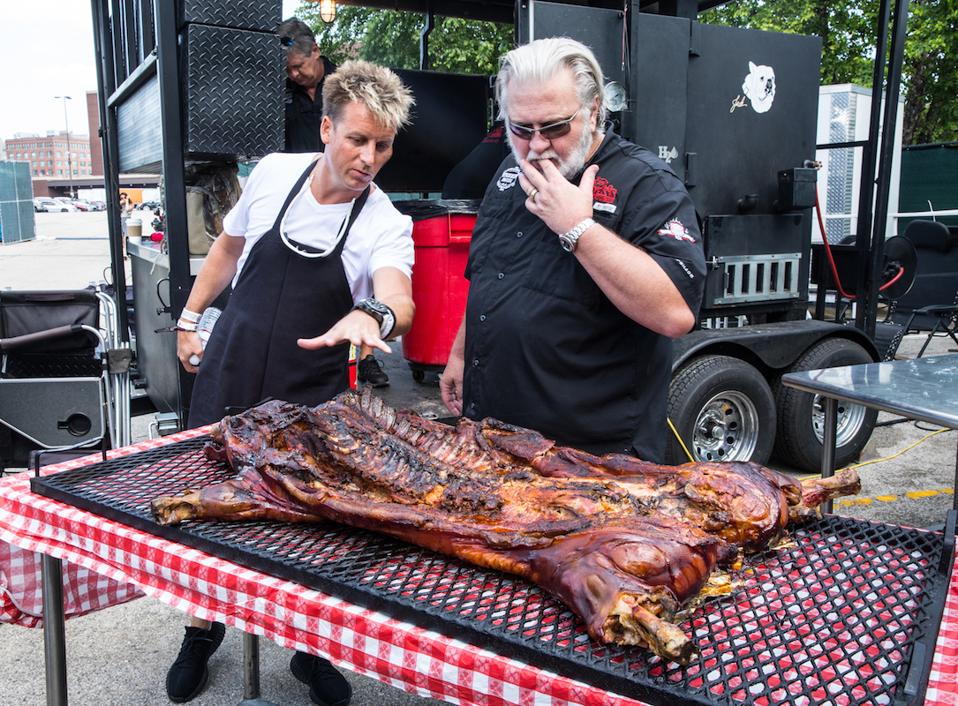 Celebrity pitmaster and four-time world barbecue champion Myron Mixon – he hosted a cooking school and whole hog brunch this year – says, “Windy City Smokeout has grown into a huge event with great barbecue, all kinds of other food and drink options, and of course, music. It attracts a huge and diverse crowd because it’s a fun event that’s run really well, and it’s right in the middle of Chicago! There’s really nothing else like it.”

And unlike competitions – where teams safeguard their methods and don’t share food with the public – Windy City Smokeout is all about eating and drinking well. “It was important for this to not to be a competition, because you can’t eat good food,” says chef and Bub Citypitmaster Doug Psaltis, who’s also a co-founder of the festival. “We bring the best of the best barbecue in the country here. They compete all year long, but here they get to relax and cook and have fun.” Below, four more reasons why you can’t miss next year’s Windy City Smokeout. (Mark your calendars: it’s scheduled for July 13-15, 2018.) 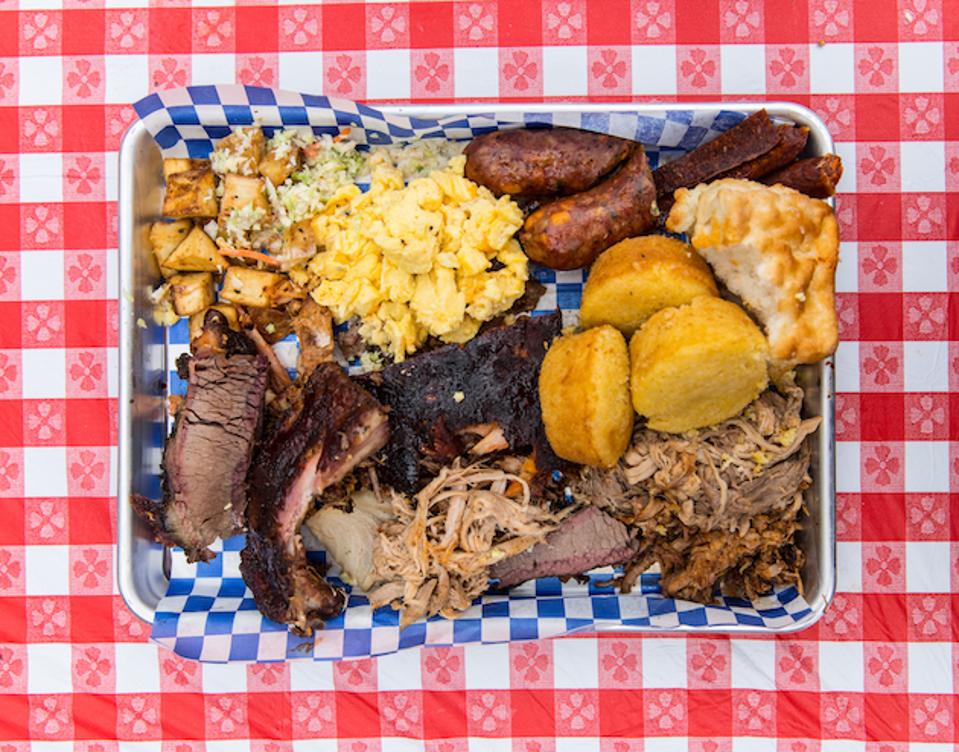 Just imagine having the opportunity to taste freshly-smoked meats from seventeen of the most beloved joints in America. Craving brisket? Then beeline to Salt Lick BBQ from Austin, Texas. In the mood for some Carolina pork? Head down to Rodney Scott’s BBQ from Charleston, South Carolina. Seeking something a little less traditional? You can’t go wrong with the BBQ Nachos from Chicago’s very own Bub City. Most dishes are gently priced under ten dollars, and are generously portioned. But if barbecue isn’t really your beat, no worries. This year, Wow Bao, Mac Shack, Aloha Poke Co, and The Budlong dished out hearty fare so no one left the festival hungry.

Because nothing pairs better with barbecue than ice cold beer, twenty five breweries (ranging from up-and-comers like Boulevard Brewing Co. from Kansas City to industry heavyweights like Budweiser) kept their taps freely flowing. But if you’re not a beer fan, there’s plenty of other spirited options to wet your whistle, including Moët & Chandon champagne (which goes surprisingly well with whole hog barbecue), Jack Daniel’s whiskey, and Casamigos tequila. 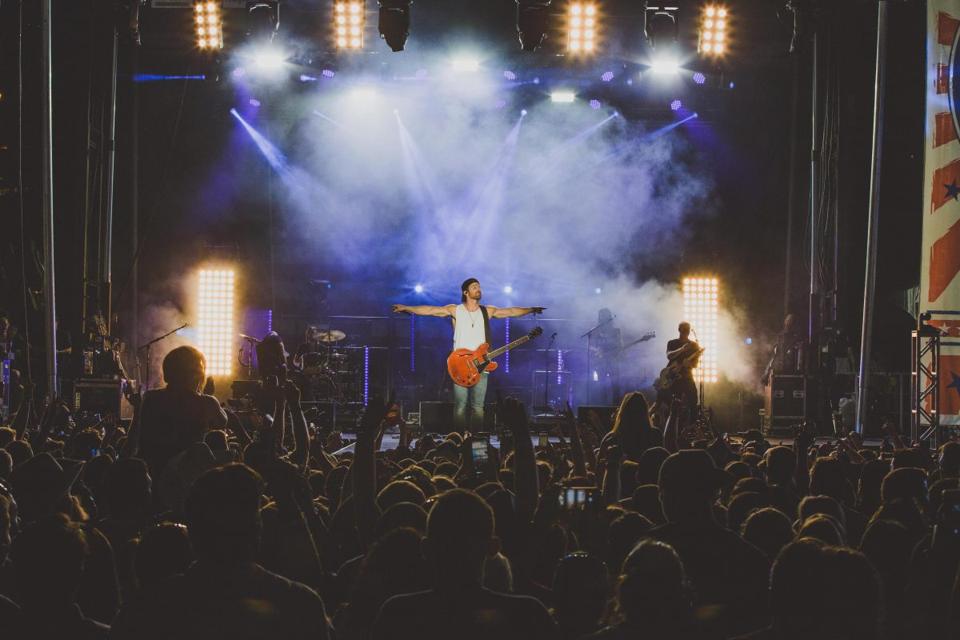 If you’re a country music fan, you’ll flip for the incredibly diverse lineup of artists (ranging from up-and-coming to established) that performs on two different stages, from noon to late evening. (This year, Kip Moore and Lee Brice headlined the festival.) For pitmaster Rodney Scott, it was one of the biggest reasons he decided to participate in Windy City. “It’s my first year year, and I love it because I love music. Music is playing all day, and barbecue is cooking all around us. It really is the perfect setting.” 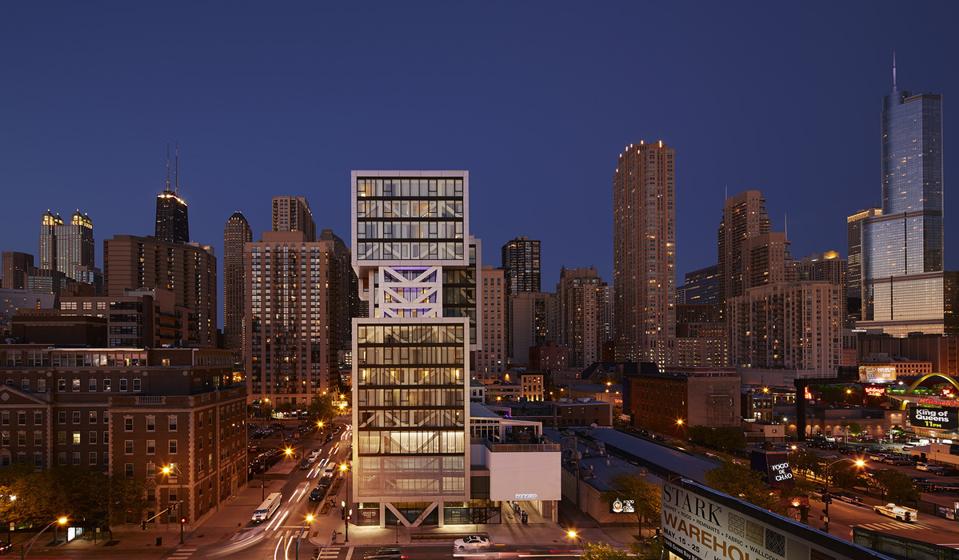 Thankfully, Chicago is a destination that’s a breeze to get to, no matter where in the country you live. And in the summer, the already beautiful city becomes even more gorgeous and fun to be out and about in, especially with the help of sun-drenched days and balmy breezes from Lake Michigan. The festival’s location in River West is also convenient, and walking distance to hip hotels – The Godfrey, housed in an architecturally dazzling structure, offers chic accommodations, a bustling rooftop, and a spa – and should your palate need a little break from barbecue, plenty of buzzy restaurants and bars. Ramen-san is a cozy den that turns out piping hot bowls of springy noodles and broth (the vegetarian shiitake is a lip-smacking as its porky counterparts) and wildly addictive fried chicken, while RPM Italian offers sophisticated Italian cuisine (Mama DePandi’s Bucatini is a must)  in an equally refined environment. Drinks wise, it doesn’t get any more fun than the acclaimed tiki bar, Three Dots and a Dash, where cocktails are spirited, tropical, and sometimes set on fire. After just one drink, you’ll be (like every other person in the bar) beaming from ear to ear, and swaying back and forth.