13 OG Servers You Need to Know in Chicago

In the restaurant industry, servers are the life force that keeps everything moving. They’re the people you interact with and build experiences with, and often even more so than the food, a memorable server can make a place into a destination. Here are 13 of Chicago’s front-of-house all-stars that you need to know. 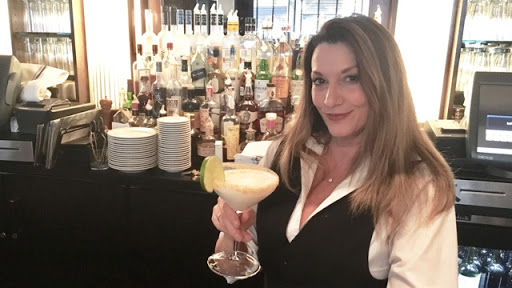 Dana Moskalik at Joe’s Seafood, Prime Steak & Stone Crab
Dana Moskalik has been a fixture at River North’s endlessly popular Joe’s Seafood, Prime Steak & Stone Crab since its 2000 opening. She was working as a bartender at the Hyatt Hotel in Chicago when she applied for a job at the soon-to-launch restaurant. A perpetual people person, she has an ability to engage with the public and develop relationships that have guided her career and created longevity at Joe’s. In fact, on her first day while she was running late, a man in a convertible offered to give her a ride. When she told him she was going to Joe’s, he lit up, as a longtime fan of the Miami original. To this day, the man is a regular customer who routinely comes in to see Moskalik.
Secret to success: Moskalik cites attention to detail and a capacity to keep up in a fast-paced environment as crucial, in addition to being engaged with guests. “I think my success lies in the fact that I am genuinely interested in knowing people,” she says. “I listen, I learn and I form relationships with people.”
Insider tip: Moskalik suggests an off-menu cocktail called “Daddy’s Key Lime Pie Martini.” The recipe is a secret, but essentially it takes the best parts of Joe’s famous Key lime pie and turns them into a cocktail.
60 E. Grand Ave.; 312-379-5637